What are the most important life lessons that your parents ever taught you?

They probably weren’t things like “how to talk to a boss” or “how to change a flat tire.” While these skills are important, they aren’t the profound truths that get passed from generation to generation as parents try to prepare their kids for living in society.

If you’re looking for real life lessons for your kids, here are just a few that can help your little ones navigate the world with kindness, intelligence and confidence. 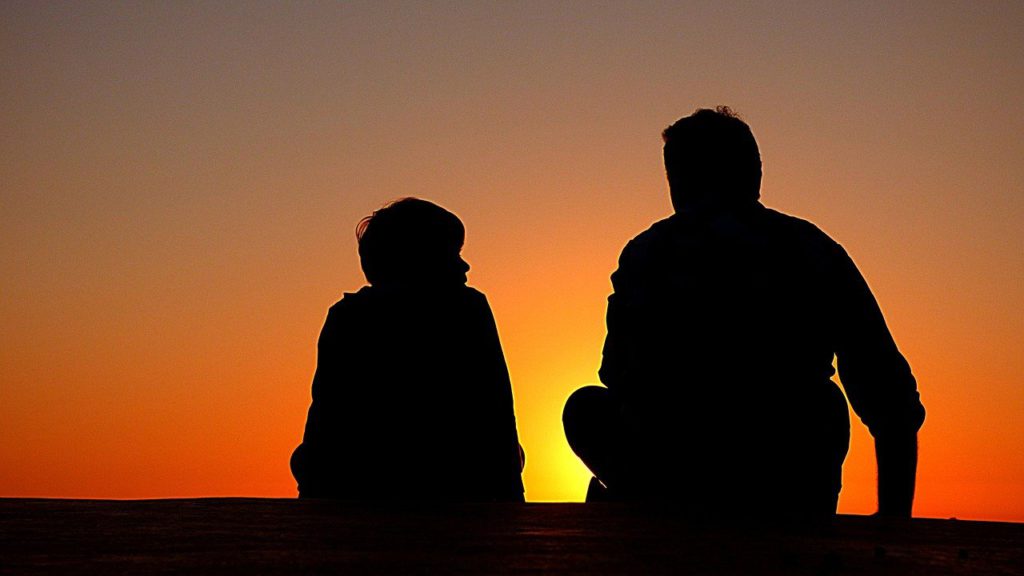 1. It’s okay to have feelings.

This might sound obvious, but children are often taught to suppress their emotions to make things easier on the adults around them or to conform to the social standards of their peers. For example, boys are taught that it isn’t manly to cry, and girls are taught that isn’t “nice” to get angry even in situations where anger is warranted. As a parent, try to let your kids feel what they feel without attaching any shame to it.

2. The Internet is forever.

Studies have shown that 56 percent of children are already on social media by age 12. In fact, many kids can recognize YouTubers and Tik Tokers more than Hollywood celebrities! Make sure that you’re monitoring their Internet activity and having regular discussions with them about safety, privacy and permanency. Consider it one of the most important life lessons of the 21st century: Nothing that you say or do online is ever truly deleted.

3. You should try every food at least once.

What’s the difference between a picky eater and a pint-sized Gordon Ramsay who loves trying new dishes? It usually comes down to a family’s attitude towards food. If you make it a fun and exciting thing to try different recipes, your child is much less likely to turn up their nose at something that “smells weird” or “has lots of vegetables in it.” You could even make it a rule that they have to try at least one bite of everything before deciding that they don’t want to eat it.

Kids lie. It’s a completely normal part of childhood development. However, it’s also your job as a parent to gently redirect your child away from dishonest words and deeds that can have harmful consequences down the line. It’s equally important not to get caught in little white lies of your own: You don’t want to send your children mixed messages about honesty!

This is for all of those seven-year-olds who dream of becoming dinosaur-riding astronauts. When they want something, they should figure out the steps required to get it. What should they study? How should they train or practice? Do they need to save money? How can they succeed? If you play your cards right as a parent, you should be able to foster all kinds of new intellectual interests while also imparting valuable lessons about goal setting and progress tracking.

6. When you do something wrong, you should apologize.

This is a lesson that many parents could use, too! There’s no shame in saying “I’m sorry” when you’ve made a mistake, misjudged a situation or mishandled some kind of task. In fact, having humility is considered a virtue in just about every culture on the planet. Try to set a good example for your kids by apologizing when you’ve done wrong and encouraging them to do the same.

Charitable acts have an actual impact on your brain. They make you feel good, and they help others in your community at the same time, so everyone benefits. Talk to your child and see if you can find some causes that interest them. For example, would they like to raise awareness about endangered animals? Could they gather trash for greener parks or collect cans for the homeless?

You’ll need to make sure that your actions back up your words on this one, but if you’re pretty good about not giving in to your child’s candy aisle meltdowns, there’s a life lesson to go along with it. Ask them to look around at everyone else in the store. Is anyone else getting their way because they’re screaming?

9. No one should touch you without your permission.

This is a lesson that we often fail to reinforce with our children. “He’s only pulling your pigtails because he likes you.” “Don’t be like that; give grandma a hug.” Stranger Danger isn’t the only way that kids can have their bodily autonomy taken away from them. Teach them about consent from an early age, and most importantly, respect the boundaries that they set. If this means that grandma gets miffed, so be it.

This might sound harsh, but it’s better to learn it from a parent as opposed to getting hit with the sudden and crushing disappointment of not making the softball team. Sometimes, you can try your best, and things still don’t work out. It’s not a reflection on you. It doesn’t mean that you should quit before you even try. Perseverance is a mental muscle that needs to be developed just as surely as physical ones.

11. Money should be saved and not spent all at once.

It’s never too early to teach a child about financial responsibility. In fact, some experts recommend doing it as early as possible so that your child doesn’t have to unlearn any bad habits later in life. Buy them a piggy bank. Give them an allowance. Let them help you with the grocery budget. It’s all valuable and practical real-world experience.

“Everyone makes mistakes” is one of those life lessons for kids that gets thrown around a lot, but not everyone stops to think about what it really means. Mistakes can be more than just red juice spilling on a white carpet! They can also be bad grades, fights with siblings, temper tantrums in public places and silly pranks that were inspired by social media influencers.

Children have more stress than adults might realize, especially during major life changes such as a divorce or a family illness. Teach them that it’s okay to take time for themselves. They don’t have to “fake it” just to make other people happy. They’re allowed to be sad, worried, afraid or grieving, and if they need to take a break from their regular routine to do it, that’s fine. Kids can benefit from mental health days just as much as adults.

Cleaning is a drag, of course, but you want your kids to be curious, explorative and excited about learning new things and making new discoveries in the world. They can’t do this if mom and dad are always scolding them for getting dirt on their jeans or glitter all over the living room floor. Consider this another one of those life lessons for kids that can also apply to adults!

15. Everyone is living their own life with their own struggles.

As children get older, they start to realize that the world is a vast and complex place with people leading lives just as important as their own. You can leverage this growing realization into life lessons about empathy, compassion, kindness and walking a mile in other people’s shoes.

16. You are unique in the universe.

Last but not least, make sure that your children know they’re one of a kind. It doesn’t matter if they’re young, old, big, little or bright green with purple polka dots. No one else in the universe is just like them!